I was idly cruising Twitter the other night when I thought “I wonder if Julia is on here yet?” A quick search told me she wasn’t (she is now @julialikesbikes), but it did turn up an article from Total Women’s Cycling Magazine telling the story of Julia Hobson and her Gareth. The first picture in the article is Julia in a full face helmet, standing at the top of yet another awe inspiring vista whilst Gareth, also in a full face helmet, pecks her on the cheek. An image that illustrates rather beautifully Gareth and Julia’s multi-tiered relationship,  I’m not sure I’ve known two people so intended for each other, so meant to be together. 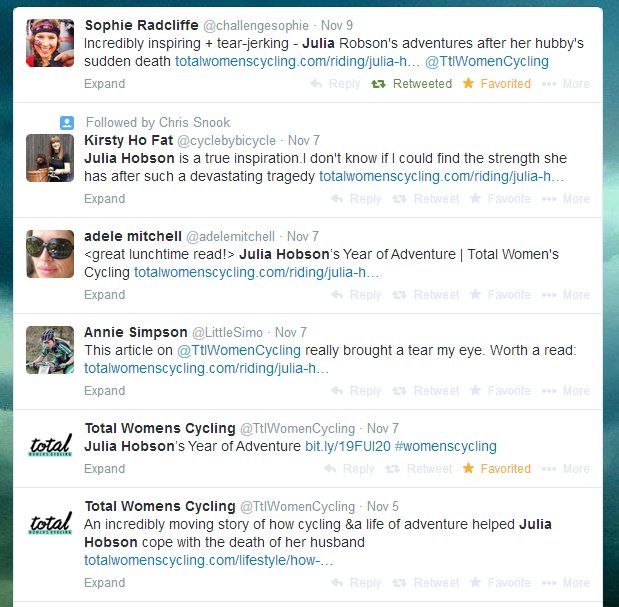 I first met Gareth in the Harley on Glossop Road in Sheffield in 2001. He was sporting a pot on his leg and went into some detail about the amount of metal work in his ankle and how it had no articulation whatsoever, “completely fused” I think were his words. He also told me about how pleased he was that he could finally do one arm pull ups and how he’d met this great girl called Julia.

Not being a climber or mountain biker my encounters with Gareth over the next decade or so were sporadic. We shared a circle of friends and would occasionally cross paths here and there. We had a fireworks party at some point in the late noughties and Gareth, a science teacher, turned up with home made fire works. There was much smoke and nervous giggling as fuses were lit and explosions ensued, oh how we laughed on the way to the burns unit.

It wasn’t until I told our mutual friend Matt that I was planning to buy a mountain bike that an inner circle opened up and I was welcomed in. Matt decided that we needed to have a discussion in a pub with Gareth as soon as possible.

It’s not that there was ever any deliberate exclusion from this circle, and if there was then it was completely justified. When you want to sit in a pub and talk about a subject at great length and in great detail it’s only fair to your uninterested friends that you save them from the tedium of discussions about stanchions and the virtues of different brands of tyre. So I found myself in The Wick at Both Ends on West Street, Sheffield, talking about mountain bikes with Matt and Gareth.

During that evening there was never a put down or an elitist comment, they both listened to my naive ramblings about what I wanted, how much I could afford to spend and whether I should try and build it myself with great patience and good humour before gently steering me down a route that would lead me to buy a sensibly priced bike that would stand up to what they were planning to do to it. When it dawned on me that I was likely to need to spend about £1000 on a bike and get this purchase signed off by my wife Gareth simply said “Just tell her it’s a matter of safety… That’s what I do.”

Gareth was not one to rest on his laurels or let his fused ankle get in the way of whatever he intended to do. There wasn’t much he couldn’t ride up and even less he wasn’t prepared to ride off. That said, the limit on No Excuses Thursday has been two pints since Gareth’s 8 foot plummet into the darkness of a river bed following three pints in The Sportsman at Lodge Moor, he did land it though.

It was on a sunny No Excuses Thursday Evening that Matt, Gareth and I set out from Hillsborough along the Rivelin Valley, a jumbled intertwining network of paths and moss covered millstones reminiscent on a Lord of the Rings set. It was my second Thursday night ride on my then new On One 456 and I was feeling pretty pleased with myself as I’d just ridden down “the big steps” without incident, a far cry from the previous week.

It was the second set of Rivelin steps that were my undoing and half way down I found I was too far forward and not carrying enough speed. I briefly unicycled on the front wheel before it buckle under the unusual load being applied to it. I landed on my shoulder and the bike sailed across the footpath and came to a stop in the river.

It was while Matt and I were scratching our heads and glumly looking at a bike with two bent wheels that Gareth came pootling back along the path having been unaware of the calamity unfolding behind him. “You’ve folded that up well.” He said chirpily and proceed to beat the front wheel straight on a roughly hewn log bench. He then turned his attention to the rear wheel and within 15 minutes I had two “straight enough to ride” wheels again. I don’t think it occurred to Gareth that this was, in most people’s estimations, a ride ending accident, it was just a problem in need of a solution. I was grumpy and disheartened and yet I got back on my wobbly wheeled clown bike and 15km and two pints later finished the ride in good spirits thanks to Gareth’s infectiously positivite outlook and can do attitude.

It was this can do attitude that has left us what is in my opinion one of Gareth’s greatest legacies and it stared with Gareth asking Matt if he wanted to “play cable cam”. The answer was yes and the video below is the result.

This was filmed by rigging a rope slide with a home made camera platform between the trees on one of the Peak District’s most iconic descents, The Beast. The objective was to chase the camera and get a third person view of the descent. At 1:13 you can see Gareth has released the camera for Matt on the second straight, then set off and actually catches him up from a standing start. Quite impressive.

The last time I saw Gareth it was for fare thee well drinks at The Forum on division street. He was embarking on a trip of a life time to Canada and the US where he and Julia intended to ski, ride and climb everything for the next year or so. So committed to this project was Gareth that when the school he was teaching at declined to authorise his sabbatical he handed his notice in.  We finished our drinks and I handed Gareth $20 Canadian dollars that I had kicking around from a trip to Montreal a couple of months previous. He thanked me and said “I shall buy a case of beer with this and sit down to build some bikes.” That was the last time I saw him.

I know it was November when Gareth died because Matt came around to tell me sporting a ridiculous Movember handlebar mustache. Maybe this type of face furniture should be mandatory when delivering bad news as it does have the effect of deflecting the impact somewhat. We sat and we talked, utterly winded and bewildered by the news, our hearts breaking for Julia’s loss.

Three years on and Gareth’s name often crops up in conversation in the pub on his Thursday night ride. As time passes the sadness drifts and we can more easily share our memories of Gareth with fondness and laughter. For me Gareth’s legacy is a call to lethargic desk jockeys and weary teachers to get off the sofa, pull on some Goretex and face the rain, mud and fog, possible injury and certain beer that is No Excuses Thursday, all in the pursuit of adrenaline, camaraderie and fun.

When a government with a talent for killing large numbers of vulnerable people suddenly becomes this efficient, I c… twitter.com/i/web/status/1…

I know you stirred my tea anti-clockwise. In time, I will come to forgive you.

RT @leechwaifu i want someone to explain to me which policy in the labour 2019 manifesto was going to lead to rafael behr having t… twitter.com/i/web/status/1…

RT @OpenCagesUK This weekend we are dreaming of a world where all animals are treated with this much love and respect, what are you… twitter.com/i/web/status/1…

RT @DurstApologist The liberal papers calling for radical change when the hope of it doesn't exist and rubbishing it when it does pic.twitter.com/KRDTmxziRl

Those with experience realise there's no hope and turn to booze... twitter.com/UberFacts/stat…

RT @IfIwassomething Even the most paranoid of conspiracy theorists has to admit the nacho flavored tracking chips are a significant imp… twitter.com/i/web/status/1…

I love the way they say "thank you for choosing Zoom" like you have a choice.